Sorry, I am late. I had a massive sinus headache this morning.  I waited to read because I knew this was a really good one (they all are).

You have to go back and read the end of Chapter 6 to really get this amazing retell of the entire OT and WHY Stephen did it.  He was accused of:

Stephen defends this accusation with the longest Sermon in the book of Acts.

This message was told at a Synagogue that was led by a young man named Saul!  Stephen began the sermon with:

“Brothers and fathers, listen to me! The God of glory… (Verse 2)

But Stephen, full of the Holy Spirit, looked up to heaven and saw the glory of God, and Jesus standing at the right hand of God. (verse 55)

The First Martyr for the Gospel: Stephen

57 At this they covered their ears and, yelling at the top of their voices, they all rushed at him,58 dragged him out of the city and began to stone him. Meanwhile, the witnesses laid their coats at the feet of a young man named Saul.

59 While they were stoning him, Stephen prayed, “Lord Jesus, receive my spirit.” 60 Then he fell on his knees and cried out, “Lord, do not hold this sin against them.” When he had said this, he fell asleep. 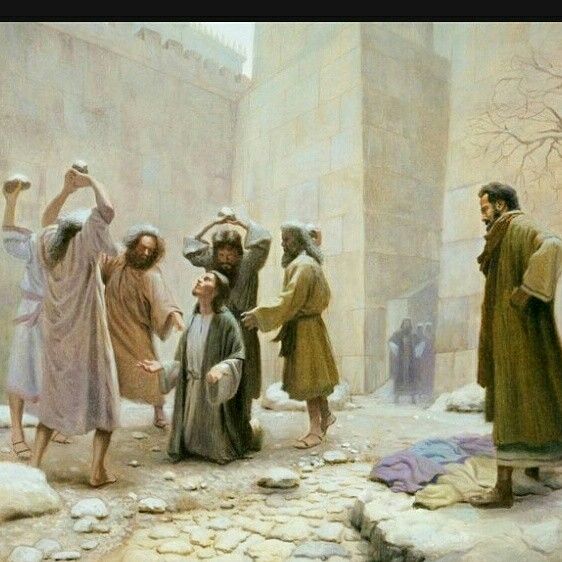 This is a wonderful place in the Bible to explain to people why do bad things happen to good people.  Stephens’s death is the beginning of something God is about to do…Paul!

And Saul approved of their killing him. (If you don’t know I want to let you know this is Saul who will become Paul)

Let’s go back to Acts 1:8 But you will receive power when the Holy Spirit comes on you; and you will be my witnesses in Jerusalem, and in all Judea and Samaria, and to the ends of the earth.”

This will happen through ministry OR persecution:

Acts 8:1 On that day a great persecution broke out against the church in Jerusalem, and all except the apostles were scattered throughout Judea and Samaria.

BUT people were scattered…the seeds of the Gospel are being scattered. ❤️

Simon the Sorcerer.  This is actually a very famous person written about it in many historical texts.  He was considered “a god” and people actually erected statues of him. The apostles coming into town were the “new” ones to follow and Simon was not the ‘god’ any longer.  It says that “Simon believed and was baptized”.  But did he?? Or did he just want to be the Sorcerer people followed again??

18 When Simon saw that the Spirit was given at the laying on of the apostles’ hands, he offered them money 19 and said, “Give me also this ability so that everyone on whom I lay my hands may receive the Holy Spirit.”

20 Peter answered: “May your money perish with you, because you thought you could buy the gift of God with money! 21 You have no part or share in this ministry, because your heart is not right before God. 22 Repent of this wickedness and pray to the Lord in the hope that he may forgive you for having such a thought in your heart. 23 For I see that you are full of bitterness and captive to sin.”

Philip and the Ethiopian

The Lord prompted Simon for a divine appointment.  (I love when that happens to me).  He met up with an Ethiopian Eunuch (castrated man) so he can safely work in the Palace around the Pharaoh’s woman if you know what I mean.  He was wealthy and had his own copy of the Scriptures (this is VERY rare, but speaks to how much $$ he had).  What is he reading??  ISAIAH 53!!  I kid you not!!

Listen…Be a Philip!  You have been reading for 323 days.  Be a Philip!  Listen to God prompting you to have these conversations!  Look for some Eunuchs! 😁